Making my way down the coast I visited most of the lighthouses along the route.  They come in all shapes and sizes.  Some in towns, some on remote cliffs, one is even on a rock in the sea.  I don’t know about you, but I tend to think lighthouses are a little cliché.  Go to any sea port and the primary design element on mugs, placemats and towels is a lighthouse.  I didn’t intend to draw them but as I saw the individuality of each of them, I decided to add them to my list of coastal subjects.

The first lighthouse I visited is Cape Meares, the shortest of them all.   Perched on a high rocky point, it doesn’t need to be taller to be seen from a great distance.   The most memorable aspect of my time there was seeing two orcas swim past just below the lighthouse. There’s a fenced walkway between the lighthouse and bluff , from which you can look straight down to the water below.  The orcas were beautiful.

Yaquina Head lighthouse is just north of Newport.  It’s the tallest lighthouse of the eleven on the Oregon coast and the most classic in appearance.  I like the simplicity of shape coming up from the grasses and bushes on this windswept point. 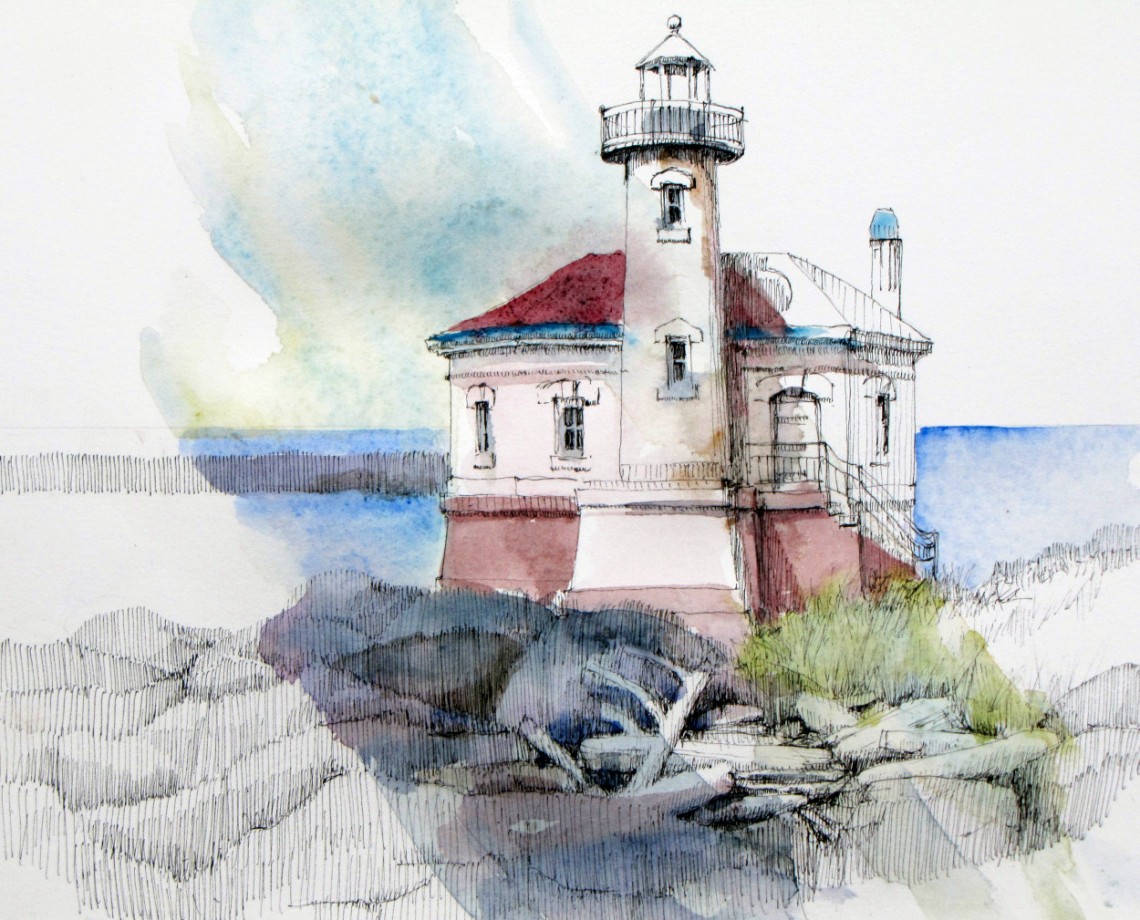 My favorite is the Coquille lighthouse near Bandon.  It’s a small, fairly unassuming building with a relatively short tower.  The warm color and terracotta and aqua accents along with the simple Italianate details give it a distinctive personality.  Situated on the north bank of the Coquille River it is no longer in use but is lovingly cared for by volunteers and open for visitors during the summer.

I’m glad to say my view of lighthouses has changed.  Like everything else, the more you get to know them, the more beautiful they become.