I took the Three Capes loop from Tillamook to find wonderful small towns, pleasant beaches and lovely viewpoints.  Pacific City is a special place.  It’s tucked just south of Cape Kiwanda, a sandstone cliff, rising gracefully above the sea.  I headed out across the busiest beach I’d seen so far to explore the rocks at the base of the cliff.  I was hoping to find a sheltered place to draw, but with the wind whipping up a frenzy,  I eventually settled in the lee of a log where I had a good view of the cape. 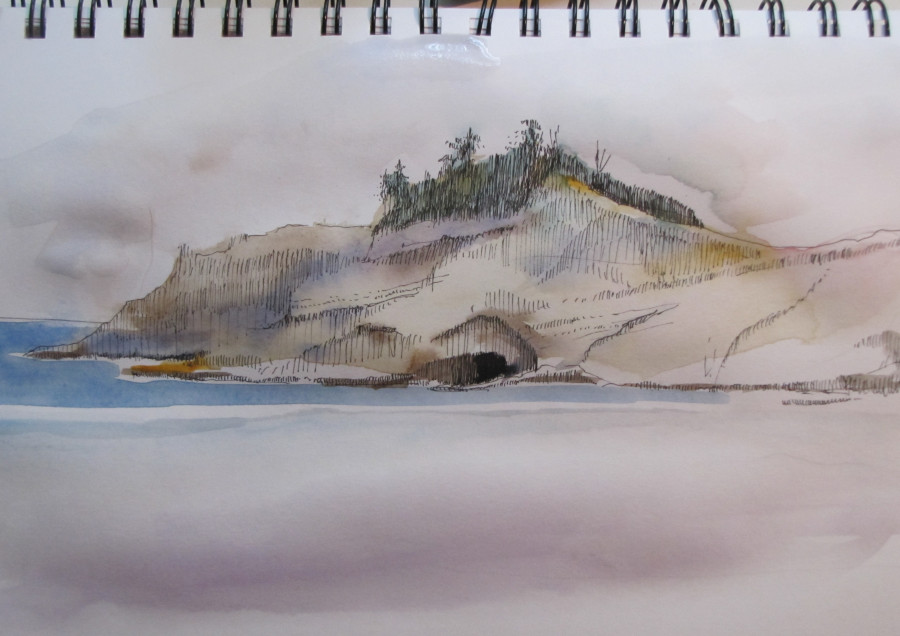 Pacific City is best known for the flat-bottomed fishing boats that were designed to launch directly from the beach into the surf.  I happened to be there for the Blessing of the Fleet ceremony.  The beach quickly filled with these colorful boats. They came both on land, on trailers, and by sea, skidding onto the beach through the rough waves of the day.  It was incredible to watch. 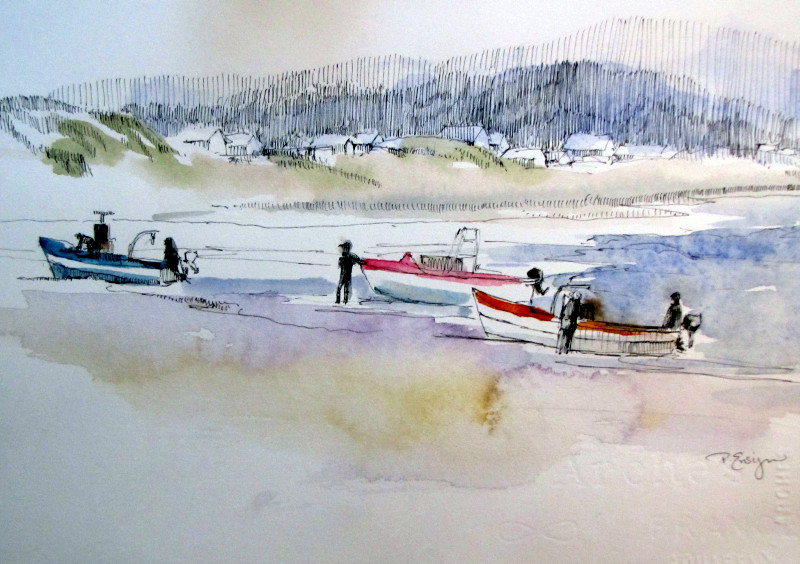 I stayed for the ceremony which was casual and personal.    Some boy scouts raised the United States flag on a mast erected on one of the boats while a local woman sang the Star Spangled Banner.  The head of the Dory Boat Association opened with a few remarks. followed by three different clergymen who offered prayers for the boats and the fishermen who worked in them.   It was an illuminating glimpse into their world.  I wanted to capture the energy of the scene.  With at least 40 boats , plus trucks, people and assorted other thing on the beach, it was difficult to find a good vantage point.  I managed to get a quick study of a portion of the scene.   All in all a great day at Pacific City! 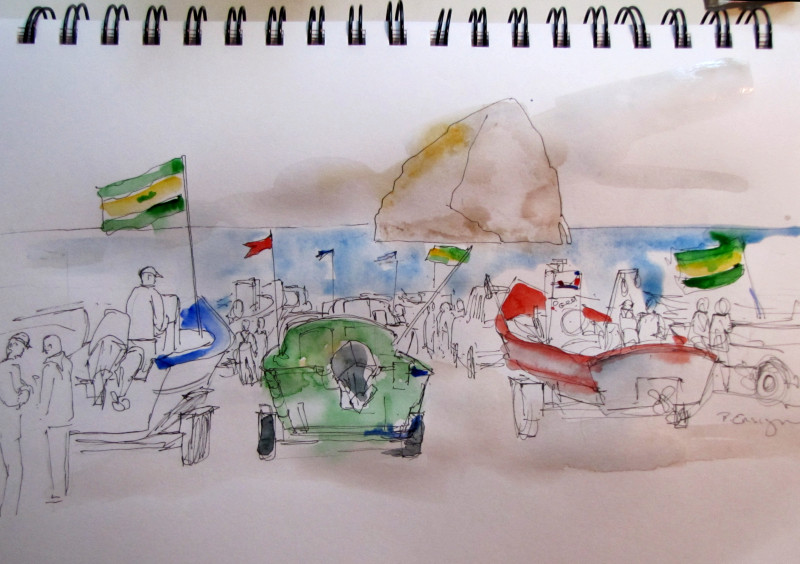